How to Save Time & Money Writing - Use Markdown

Wed, Jun 18, 2014. Filed Under: Uncategorized.  Estimated reading time: 6 minutes. by Matthew Setter.
Need a tool which saves you time writing content for your client’s blog and exports to PDF, MS Word and other formats? If so Markdown is your friend.

Need a tool which saves you time writing content for your client’s blog and is easily exportable to PDF, MS Word as well as a number of other formats? If so, the Markdown format is your friend.

Today I want to give you the run down on Markdown, what it is, how you can use it and the tools available, both free and paid, so that you see what a great alternative it is for writing great content.

Initially created by John Gruber back in 2004, Markdown

It’s a way of formatting plain text documents, so that you can convert them in to a number of formats, such as HTML, PDF and MS Word.

If you’re familiar with writing content for blog posts, at one time or another, you’ve likely had to mark up content by hand to make sure the HTML was correct.

Alternatively, you’ve used one or more tools to help do all this for you, as well as convert content to other formats before sending them to your clients.

Not only can this be time consuming, it can also be expensive. I had this very same issue some years ago and tried out a number of tools to try and ease the burden.

But after a while the costs started to mount up and the effort was getting way out of control.

Gladly, some colleagues and I were talking over a pint one evening and one of them was extolling the virtues of Markdown, which I’d not heard of up till that time.

Intrigued, I did a quick bit of Googling on the tube ride home. And I’m very glad I did. Markdown, whilst not as full-featured as some of the earlier tools or the venerable HTML format, still sports a large range of functionality for formatting written content.

What’s more, it’s a lot simpler to learn than something like HTML. I’ll use HTML as my main reference point, as Markdown was originally designed to be converted to HTML.

Here’s what you can do with Markdown:

One downside is that, some time ago, the original creator left it go, presumably to work on other projects. Since that time others have picked it up and made alternate extensions and variations to it. Some of these extensions include todo lists and tables.

However despite that, there remains a general consensus as to what forms core Markdown and across the board that’s been respected.

Now, let’s look at some tools. Depending on your platform, there’s quite a plethora of choice.

On the Mac, the two best ones that I’ve seen so far are Mou and iA Writer. Both of these sport excellent, clean, interfaces where you can write without distraction but also see what the document will look like when exported.

Both of these editors supports a minimalist interface, but only iA Writer has a formatting toolbar as you’re likely used to using.

Despite that however both of them have a good keyboard support for formatting. So if you’re used to cmd+b for bold and cmd+i for italics, you’ll be right at home.

Mou is currently free and iA Writer costs $4.99 in the App Store. iA Writer may be your preferred choice if you have an iPhone and/or iPad as it’s available across the entire iOS device range and also saves to iCloud.

Mou is currently available just for the Mac and doesn’t have iCloud support.

On Windows, the best editor I’ve used, which is also very similar to Mou on the Mac is MarkdownPad.

Like Mou, MarkdownPad allows you to write with or without a preview and also allows you to have a number of documents open in tabs.

But unlike Mou and iA Writer, it has a formatting toolbar. So if you’re just starting out with Markdown, then you’ll likely find MarkdownPad will ease your transition.

It also has proper keyboard support, including ctrl+b for bold and ctrl+i for italics etc. MarkdownPad comes in two versions, free and pro. Pro has a few more features, including PDF export and costs $14.95.

ReText, specifically, exports to HTML, ODT and PDF formats. ReText is a standalone application and gedit-markdown is a plugin for the venerable Gedit, a simple but very effective text editing application.

You may prefer web-based applications, as you may always be on the go or not be able to keep your laptop with you at all times.

So two great apps are DraftIn, where this post was written, Gingko, which I featured in last weeks post. Both of these apps support the core Markdown format as well as some of the additions to the format.

They also provide distraction free writing modes as well as previews. Whilst fully featured, it’s not a straight comparison with them as they’re designed for slightly different purposes.

DraftIn is more akin to writing using a desktop application whereas Gingko steps away from that and allows you to break up your document in to separate sections which you can arrange and rearrange as often as you like.

I use both on a regular basis and love each of them.

So what do you think? Markdown is not only simple and easy to learn, but depending on your editor of choice, it allows you to export one document to any number of formats, including HTML, Doc, DocX, PDF and OTF.

I hope that this quick introduction shows you that there’s a way to create a writing workflow which doesn’t cost you a lot of money and doesn’t take too much time away from writing itself. If you want to know more, add your thoughts in the comments.

Next week I’m going to have another video tutorial, showing how to format a plain text document with Markdown so you see just how easy it is to use. See you then. 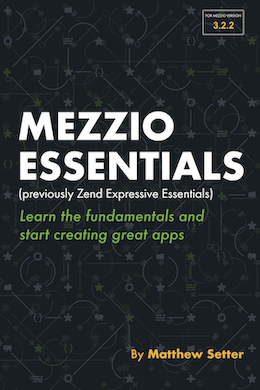