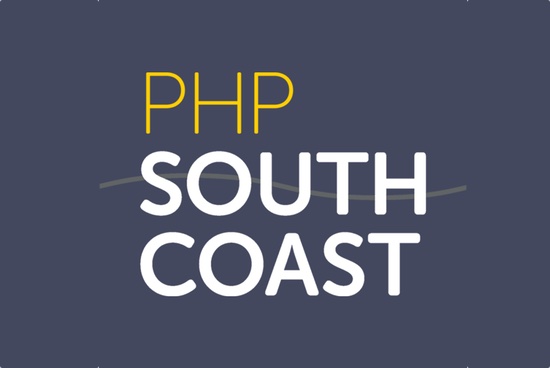 The inaugural PHP South Coast conference, in Portsmouth, was excellent - truly excellent. Here’s my review of the talks, the networking, the people, the games and everything in between.

I’m on the train heading to Stansted airport, after what I can only describe as a brilliant weekend in Portsmouth, attending the inaugural PHP South Coast, conference. I’ve not been to Portsmouth for 10 years, but the wait was well worth it.

First things first, James (@asgrim) and the team did an excellent job. At least from where I was standing, the conference went off without a hitch. All the talks that I saw didn’t have any technical issues, on the whole running to time – it was smooth.

So, especially, for a first time conference and conference team, they did a great job, and deserve yet another round of applause. Have you left feedback on Joind.in yet?

The venue itself, inside the historic Portsmouth Dockyard, was a great choice. I was talking with a number of other people during the conference, and they all shared the same feeling about it, that the venue was intimate and imbued with so much character.

As the conference was but one event happening in the venue, in a lot of ways it made it that much more enjoyable. It really felt alive, it felt warm, it felt, for want of another word, real.

Now, let’s get to the talks. I didn’t learn a lot from them, however, that’s not to say that I didn’t learn anything. What I mean is, I’ve found over the last 1 – 2 years that I don’t get as large an influx of information as I once did.

Take Lorna’s talk on Advanced Git. There were a number of gems there. I learned about the rerere option, which automates a previous action, such as a commit resolution.

Then there was the f option when performing an interactive Git rebase. For the longest time when I’ve squashed a commit, I’ve had to manually remove or edit the combined commit message, often doing no more than removing the 2nd and/or 3rd messages. The f does this near automatically.

Then there was Raphael Dohm’s talk on Composer the Right Way. A lot of the base concepts I knew, but what I learned about the various operators, such as the tilde and caret, as well as what exactly is semantic versioning, helped me much better understand how to specify the correct package versions to use, whether as a consumer or producer.

And there was Phil Sturgeon’s talk on APIs Pain Points. I’ve been working a lot more with APIs in recent months and seeing some of the mistakes people make, even large companies, such as Google, Facebook, and Twitter, and why these mistakes are mistakes, helped grow my understanding of how to develop APIs correctly.

But of all the sessions I attended, hands-down the best was Cal Evan’s opening keynote, on combining career and community. He stressed how important the community is, and reinforced the importance of getting involved in it.

This is especially relevant to me, as I feel that my experience as a developer has suffered, even stagnated, for so many years as I tried to do everything on my own, and suffered in silence with issues which could have been solved relatively quickly, if I’d just gotten involved, made connections, and asked for help.

What was equally as important was on having a true appreciation of your worth, of your value, as a developer. He used a great reference to Red Adair, a person who at one time was world-renowned for being the best at extinguishing oil well fires. To slightly paraphrase Cal, when people called Red:

They didn’t ask how much, they asked only how long.

So it should be with developers (and any other professional). You have skills which others need. You should know the value of those skills and be paid accordingly. You shouldn’t say “what will you give me” or just accept anything which is offered.

Now whilst the talks were excellent, for me, what I got the most out of, was what everybody says you often get most value out of at conferences – meeting people.

Unlike what I usually do when I go, this time I got out there and met quite a number of people, people from a wide range of backgrounds, skill sets, and companies.

Some I met just for a short time, others for almost the whole day, including the 3 sessions of Laser Quest a lot of us threw ourselves in to.

Making new friends and connections was where it was at for me – in addition to keeping in touch with existing ones.

At the risk of seeming insincere, I want to make special mention to two people I had the pleasure of meeting, in person for the first time, Cal Evans and Jeremy Coates.

Both of them I’ve wanted to meet for some time. Both of them are very warm, very giving people, people who, whilst they may not appreciate it, gave me so much, for which I’ll always be grateful.

Whether it was their open, welcoming natures, the information they imparted, or the opportunity to pick their brains about so many topics, they are two very special people.

And that’s about a wrap for my weekend at PHP South Coast 2015. Whilst not confirmed though, I believe there just may be a follow-up next year. James and the team, if you’re reading this – definitely do it again!

Filed Under: Networking  Tagged with: