The Path To The First PHP Conference Talk

Tue, Feb 24, 2015. Filed Under: Public Speaking.  Estimated reading time: 5 minutes. by Matthew Setter.
Well, PHP UK Conference 2015’s just a few days behind me now. So before much time’s gone by, I want

Well, PHP UK Conference 2015’s just a few days behind me now. So before much time’s gone by, I want to make sure that I write my feelings down about the central theme, for me, of the conference; so they don’t get lost in a blur of everything that was the last few days, and will the next few days be.

It was an especially meaningful conference for me, as the opening keynote, by @coderabbi, moved me to take more action, more serious, dedicated, and focused action than I’ve taken to date. He moved me when he said:

If you’re written a blog post, contributed code, contributed to a podcast, taught someone, (amongst a range of other things) – “you are the [PHP] community”.

I sat there thinking “WOW, I’m really a part of the community“. I also started thinking I want to contribute more, and build a profile just as big as his, and many of the others at the conference. So what to do?

My good friend Beth Tucker Long first asked me at PHP UK Conference 2014 when I was going to start talking at conferences. As you might expect, I made excuses, which she successfully shot down all of. Given that, I started applying to a number of conferences, 6 in total.

Sadly, all were rejected! So I started to wonder:

Despite the rejections, on the whole, I was really encouraged by the warm, personal, feedback I received when I was rejected; especially from my friend Eli White. He was gentle in how he broke the news to me, yet really encouraged me to keep on trying.

So this post marks the first in a pseudo-journal which I’m going to keep, on my way to my first talk being accepted (and will include the talk itself and the post-talk growth). It’ll definitely have both ups and downs, tips, ideas, strategies, concepts, everything that I learn along the way.

In addition to being a personal journal, I hope that it can serve as a guide, of sorts, to other budding speakers. I hope they can see what they need to do to get there was well, based on what I learn, what I do right, and what I do wrong. So here goes.

I don’t have a specific conference in mind, but I’ve given myself the next 12 months. I think that’s a practical and realistic amount of time, yet still short enough to not lose sight of.

Given that it’s my first one, I’d say it’s fairly likely it’ll be somewhere local, whether here in Germany, or in Europe. That leaves a lot of conferences to choose from, including:

There’s loads to choose from, well organised at php.net/conferences.

I always believe in approaching goals by first knowing where I am now, and where I need to go. That way, the path between the two is fairly straight-forward to traverse.

So where am I? Well I’ve been writing for PHP Architect for 3+ years, have been blogging about Zend Framework (1 & 2) at Master Zend Framework for about the same time.

I’ve written on a range of topics for a range of websites, and have started making screencasts. In addition to this, I’ve been semi-regularly attending Nuremberg Toastmasters. So I have experience in communicating, and am getting hands on experience with public speaking.

Based on that, I think I’ve got a good start. I’ve also spoken with a number of people, and the best advice I received was from Cal Evans. It can be roughly summarised as follows:

Write something, blog about something, learn the basics of public speaking. Then, have a go at an Unconference, or the side-track of a main conference.

In short, you give yourself a much greater chance of being picked. I don’t know for sure yet, but there’s an Unconf coming up in Mannheim, which just might be the start for me.

Of course, you then need something to talk about. I was fortunate enough to pick up a copy of Designing For Performance, by O’Reilly, at PHP UK Conf. As I began to read it, I knew that it was the topic I wanted to pursue.

The reason is that for as long as I can remember, I’ve been passionate about performance and the environment. My simplistic reasoning is this; you make high performing web sites and applications, you treat the environment better.

A higher performing web application requires less resources, responds faster, requires less work, and in the end, has a smaller impact footprint on the environment. I don’t see how that can in any way be bad.

And That’s a Wrap – For This Journal Entry

So I’m on a personal crusade to learn all I can about it. When the initial learning’s done, I’m planning to write a lot about it, and in the process, let people know that I’m serious about the topic and establish myself in that space. As I do that, I’ll be refining my talk. That’s step one. I could write a lot more, but I think that’s enough for now. 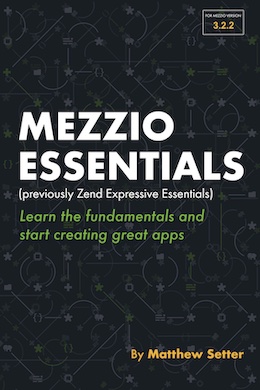